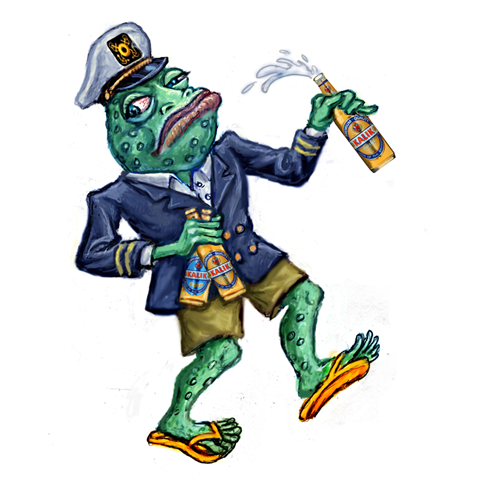 The “Lost at Sea” Toad

Meet Louie, the “lost at sea” toad, who Zeni meets one evening at a marina bar in the Abaco Islands. While Zeni is waiting for the band to begin playing, Jefferson, one of the locals, walks up to her table and introduces her to Louie.

Louie, who is a captain aboard one of the yachts docked at the marina, has been coming to the island for years and loves it as much Zeni. The two of them instantly hit things off and end up going to lunch together the following day.

During lunch, Zeni learns that Louie is recently divorced and has lost custody of his children. He tells Zeni that he hopes to find stability in his life by settling down on terra firma versus continuing to work as a sea captain. Enjoying Louie’s company, Zeni spends the next three days with him, writing her book aboard the yacht while he works, then heading out for afternoon drinks, dinner, and some late-night dancing.

Has Zeni finally found the Prince Charming of her fairy tale? Do she and Louie end up settling down into a life filled with adopted children and rescue dogs where their weekends are spent mowing the grass, cleaning the pool, and doing home renovations?

Find out more about Zeni’s escapade with the “lost at sea” toad in chapter eleven. Get ready to run and take cover when you see what happens near the end of this escapade.

Zeni is in the Bahamas working on her book when Jefferson, one of the locals, introduces her to Louie. A few days later, Jefferson sees Louie and Zeni at the marina. The scene starts here:

“Hey, guys. Looks like the two of you are really getting along,” Jefferson said, obviously noticing Louie’s arm draped around my neck. I waved and smiled.

Louie said, “Thanks for introducing us, man. We’re already planning a spring wedding here on the island. Will you be my best man?”

I laughed, though no one else seemed to think this was funny. In fact, Jefferson said, “Absolutely, bro. It couldn’t happen to two finer people. I’d be honored,” and then he locked hands with Louie in a manly type of handshake.

“Jefferson, if you could round up two of the island dogs to walk me down the beach, that would be great,” I said, trying to play along with the joke, although no one seemed to be laughing.

“You just let me know the date of the wedding. And I’ll be there dressed in my finest threads with two Bahamian canines in tow.”

“Will do. You’ll be the first person on the invite list,” Louie said, motioning to the waitress to bring him the check.

“Why don’t you let me get this? I know you’re pouring a lot of money into your custody battle. I really don’t mind.”

“Ah, don’t worry about it. If I’m going to die, I might as well die broke. Ever since my divorce, I’ve adopted a new philosophy—to spend it while I’ve got it.” 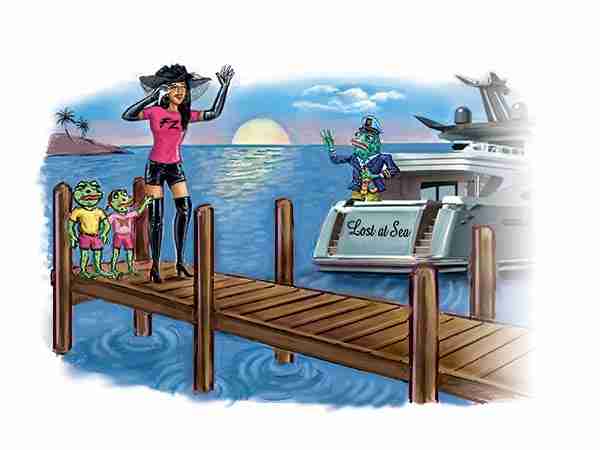